The Difference Between Peat Moss and Compost

Brie Arthur
Brie Arthur is a Soil³ team member and author of "The Foodscape Revolution" and "Gardening With Grains." With a background in ornamental plant production, Brie is revolutionizing the backyard gardening movement by her work across the US and the globe promoting sustainability and community gardening in urban Foodscapes. Brie's website: https://www.briegrows.com/
February 24, 2022 5 minute read 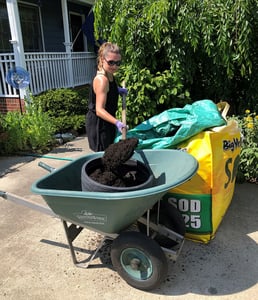 A recent article in the New York Times written by Margaret Roach piqued my interest. In it, my friend Dr. Brian Jackson, a soil scientist at NC State University, explains the peat moss dilemma: from environmental impact to shipping considerations to ease of use. The discussion around peat moss is complicated and multi-faceted, but for me, it brings up a long-standing dissatisfaction with commercial potting soil. So let’s dive in and find out more about peat moss and how it compares to other growing materials like Soil³ compost.

My visit to the Soil³ compost farm to see where the magic happens!

Over the years, as my gardening experience has increased, I found that not all soil products sold at garden centers are for the best. In fact, anytime I walk into a box store in search of soil I am left with deep disappointment. This has led to a great deal of angst, particularly when educating others on best gardening practices.

What is at the heart of my discontent? PEAT MOSS! Yes, I know this can be a controversial subject, but it is one well worth exploring. Peat moss has been the standard for potting soil since the 1940’s, but why? And are there better options?

Though the dark-brown fibrous material has long been considered the “gold standard” for gardeners, I think it is time to reevaluate and explore better options that are more environmentally friendly and offer better growing conditions for long term success. 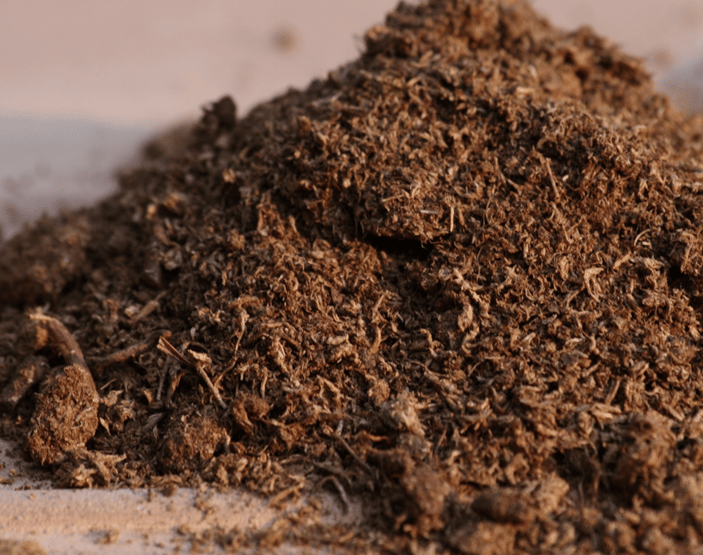 Peat moss is commonly used as the main ingredient of bagged potting soil. It is not a renewable resource and really not the best growing medium anyway!

What EXACTLY is in bags of potting soil?

Open nearly any bag of potting soil sold in stores today and you will find sphagnum peat moss. This soft, lightweight growing media is the result of partially decomposed organic matter that has evolved in anaerobic bog conditions.

Peat bogs are formed over a long period of time, like millennia, and are found predominately in the Northern Hemisphere. Most of the peat used in the US is harvested from Canadian bogs. The simple explanation is that peat bogs are formed as organic matter decomposes. Because of the environmental conditions—aka water—the material doesn’t fully decompose, resulting in peat that is preserved indefinitely. Technically, peat is not living, in fact, it has been dead for a longtime.

Peat is the broader term for the material harvested from the bogs. Peat moss is the combination of peat and various species of sphagnum moss, a living plant such as Sphagnum cymbifolium. There actually 120 species of sphagnum moss that grow around the globe, and it is prevalent in the Northern Hemisphere. Both peat and sphagnum are harvested for the horticultural trade and ultimately are sold as a major component of potting soil. 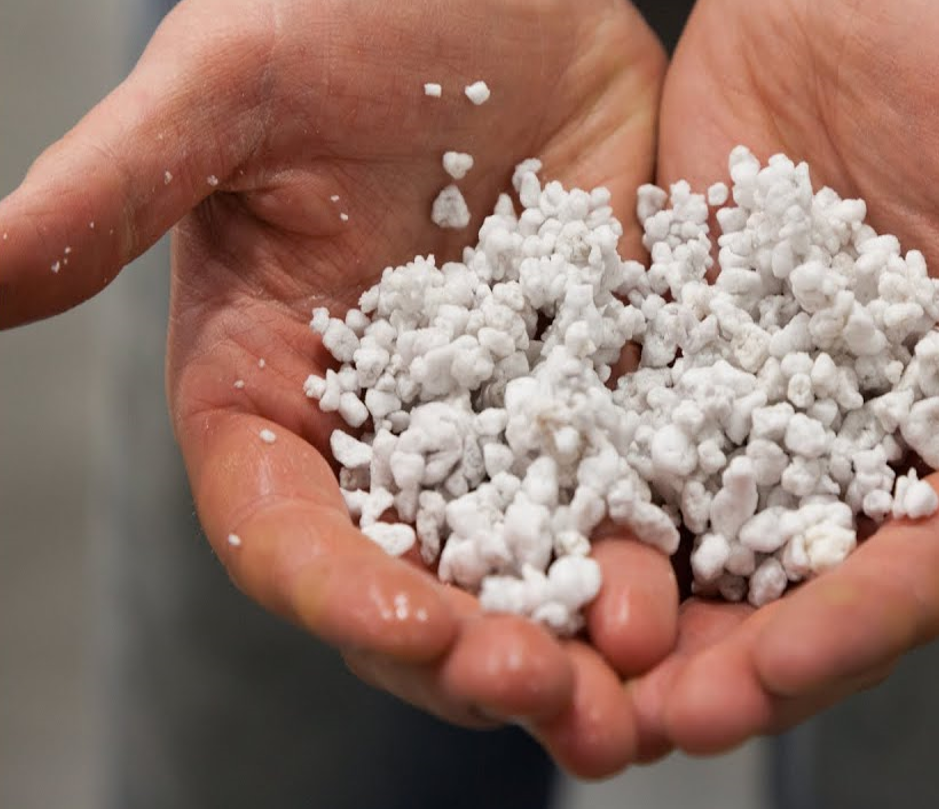 Perlite is a naturally occurring mineral that is very light and looks like white styrofoam balls. It is added to potting soil mixtures to provide drainage.

Mixed in with the highly water-absorbing peat moss material is “the white stuff” also known as perlite. This is a lightweight granular material made from expanded volcanic glass. It is totally sterile, long lasting, and offers nothing but drainage to the potting mix, which is exactly why it is incorporated. Traditional potting soil is noted for its water absorption, which can be excessive, hence the need to incorporate an amendment to make water drain out.

Peat Moss is Dead - Why I Switched to Living Soil

Putting the environmental sustainability debate aside for a moment, traditional potting soil may not actually be the best product for your home gardening needs. In fact, I stopped buying it years ago and have never looked back! 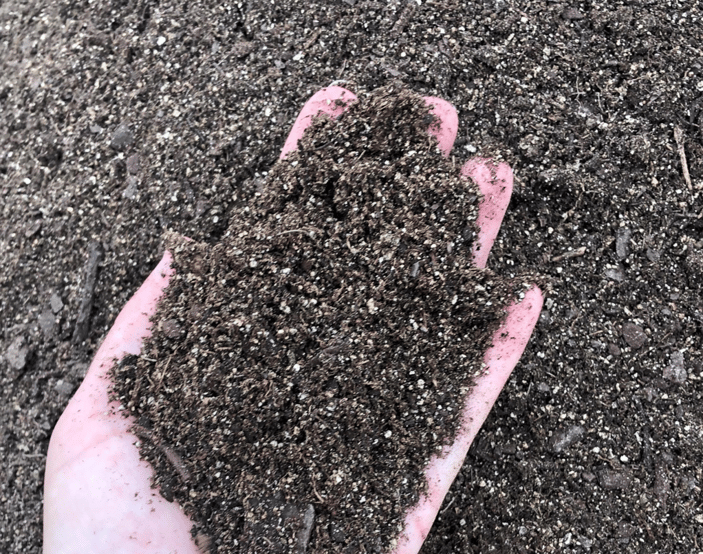 Vermiculite is another common soil amendment that is used for seed starting and propagation. This white stuff is squishy (unlike the hard perlite) and helps with water retention.

The basic idea here is simple: synthetic fertilizers present in peat moss potting soil are a short-term fix for a long-term need. You are much better off gardening with organic products as they provide what the plants need for the long haul. This includes using Soil³ compost in place of potting soil. Because every bag of Soil³ is derived from organic matter and is inoculated with microbes you can start with a growing media that is LIVING!

Add to all these reasons the environmental impact of peat harvesting and I decided it was time for me to stop buying plastic bags of sub-par potting soil and find an alternative for my growing needs. 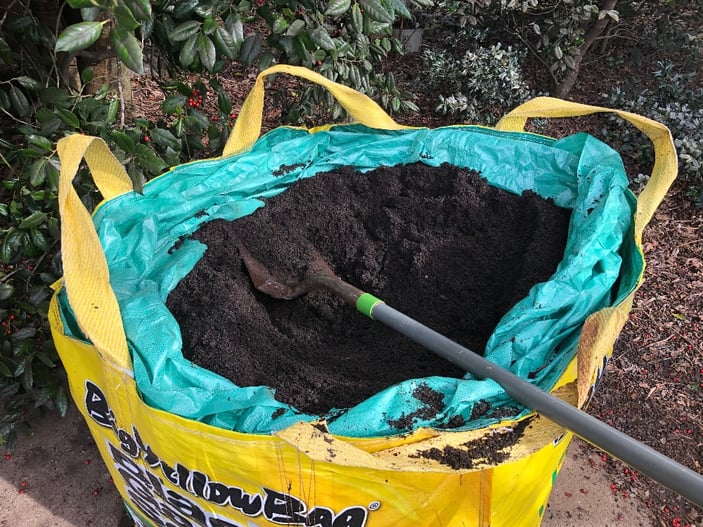 Why I Choose Soil³

Until I first dipped my hands into a bag of Soil³ I would never have considered using “compost” for containers and seed starting. Most compost is just not well drained enough and will cause water to pool resulting in anaerobic conditions, much like those peat bogs. But not all compost is created equal which is why Soil³ is such a special product.

Technically compost is a mixture of decomposed ingredients that are rich in organic matter, nutrients, and beneficial organisms like worms and fungal mycelium. Compost has long been a staple in organic gardening techniques but has generally not been a part of container gardening. Thanks to Soil³, that conversation can change.

It is because of the unique blend of 3 distinct ingredients that Soil³ is an ideal medium for growing both in the ground and in containers of any size. Compost that is exclusively made from animal waste is just too heavy, but because Soil³ includes green matter from grass clippings and wheat straw in addition to cow manure, the texture is perfect! Soil³ compost farm seen from above. Photo by Chris Roquemore

As I mentioned earlier, Soil³ is a living soil, teaming with beneficial microbes that will lead to stronger, healthier plants. This concept was borne from the soil food web, a community of organisms living all or part of their lives in the soil. Though this generally refers to in-ground plantings, the same ideas can be applied to container gardening, minus the moles and voles!

Learn more about the soil food web in this blog by Joe Lamp'l aka Joe Gardener, my friend and host of Growing a Greener World on PBS. 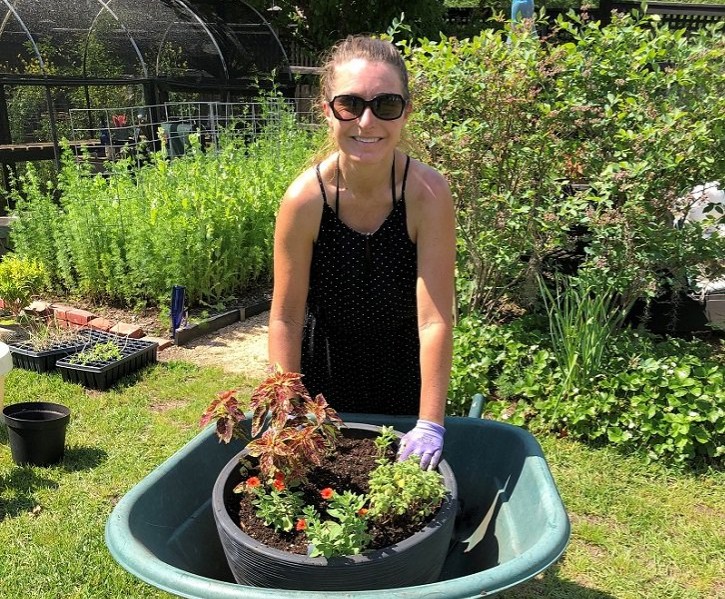 When I say I use Soil³ for EVERYTHING, I mean it. From seed starting to container gardens to in ground growing, Soil³ is the ONLY product that I grow in. After 5 years I have yet to experience any problems and have found the management to be significantly less compared to the days of using peat moss. Because Soil³ is compost it holds more water and nutrients, lowering my maintenance considerably. Both food and flowers thrive in it making it the logical answer to grow every plant that you love.

Don’t just take my word for it. The proof is in the pot, quite literally! Watch any video from my container gardening playlist on YouTube and you will see the impressive results! 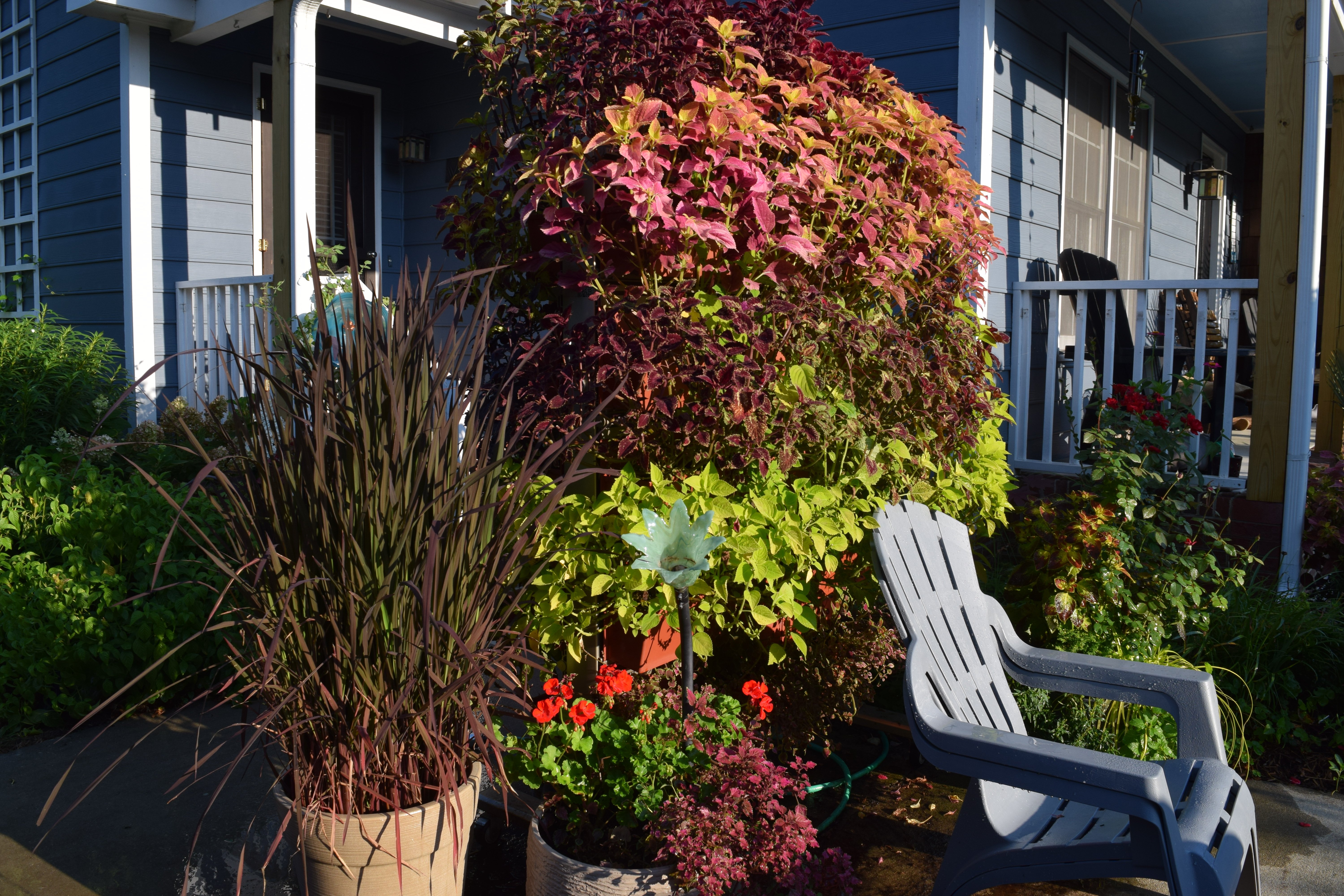 Give Soil³ a Try!

Growing in Soil³ changed my life as a home gardener and a professional horticulturist, and I know it will change yours too! Give it a try and drop me a note below to share your experience converting from traditional potting soil to the extra amazing Soil³ compost!

Photos by Brie unless otherwise noted

My First Visit to the Soil3 Farm

The Soil Food Web: Build A Relationship Between Your Plants And Soil